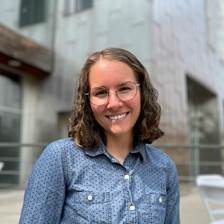 There is a conception within Jewish mysticism of God as infinite; God is referred to as Ein Sof or literally, without end. Incomprehensible to human minds and unbounded by our ideas of physics, morality, and existence, God is everything, everywhere, all the time, forever. I find the ideas of both God and infinity to be rather conceptually challenging, but I think an exploration of the mathematical, physical, and philosophical concepts of infinity has helped to shed light on how I can interpret this Jewish idea of God as infinite.

Infinities, though conceptually challenging, are mathematically quite straightforward. They can be defined, proven, and manipulated using calculus. Simply put, infinity describes a set of numbers or values without end or a problem to which there is no limit. For example, there is no largest positive whole number, nor is there a most negative whole number. For this reason, there can be said to be an infinite number of both positive and negative whole numbers. Though infinities lack a defined value, it is possible to compare the size of infinities by matching up values within infinite sets. For example, the infinity composed of all whole numbers greater than zero is the same size as the infinity composed of all even numbers greater than zero because each number in the set of positive integers could be multiplied by two and matched with a number in the even set. On the other hand, the set of irrational numbers—those with non repeating, never-ending decimals like pi or e—is larger than the set of whole number infinities.

The concept of infinity used to describe God in Judaism, I believe, is most accurately defined as a philosophical or etymological one. The idea of an eternal, omnipotent, omniscient, and omnipresent God defies our ability to comprehend. Defining God as infinite reminds us that we lack the language and analytical skills necessary to understand what God truly is. The most profound evidence of God as an etymological infinity can be seen in the unpronounceable name used for God within the Torah, spelled using the Hebrew letters yud, hey, vav, and hey, typically written in English as YHWH. The Jewish God is one so limitless that it defies the confines of pronunciation. What a philosophical infinity suggests about our understanding of God is that the idea of God exists with limitless potential. God is everything we choose for God to be. An infinite God holds room for infinite manifestations of faith, to include a lack of, and those manifestations have boundless limits so that faith can take any form and evolve over time. All of those views are held within an infinite God.

An infinite God is not one defined by mathematical or physical infinities, though they may aid in our comprehension of the infinite. Neither can an infinite God be neatly placed within philosophical thinking on the infinite. Ein Sof describes a boundless and transcendent presence that exists throughout all space and time. To see the manifestations of this infinite God would be for it to become finite. What we can do with this God idea, however, is continue to explore the infinite ways we can shape our faith around it. The ways in which we can challenge it. The ways in which we can allow it to bring us together. In the same way we can continue to count upwards without end, and we can continue to push the boundaries of the observable universe, we can continue to elevate our spiritual connections through our relationship to God, faith, and to each other in infinitely many new and radical ways.

1 thought on “Judaism and the Infinite — Savannah Lipinski”