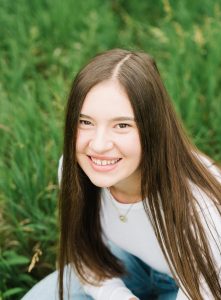 Growing up, Halloween was always a big deal. It was exciting to pick out a costume (only to have your parents make you wear an ugly jacket over it because it was “too cold” outside). It was a competition to see who could get the most candy while trick-or-treating. It was required to go to a haunted house or on a haunted hayride. My family would carve pumpkins together, while trying to scare each other (not a good idea with knives in our hands). And we would throw a big halloween party every year with all of our friends where we would play way too many games and listen to all the spooky music.

Despite my family and friends making a huge deal out of the holiday, none of us really knew the origins or the history behind it.

Where do Halloween traditions come from?

Halloween comes from the Celtic festival of Samhain. The Celtic people celebrated their new year on November 1st, which marked the end of their summer and their harvest season and the start of winter. Winter was perceived as the time of death, so before the new year they celebrated Samhain. They believed that the night before the new year, October 31st which they called All Hallows Eve, was when the living and the dead came together as the ghosts of the dead came back to Earth. To ward off the returning ghosts, the Celts would light bonfires and wear costumes.

Then the Romans conquered the Celts and two Roman festivals, Feralia and Pomona, were merged with the Celtic Samhain. Feralia honored the dead while Pomona honored the Roman goddess of fruit and trees with the symbol of an apple. This explains why people now bob for apples as one of their Halloween traditions.

Then came the declaration of All Saints Day as November 1st by Pope Gregory III. It has been argued that this move came from the Christians to replace Samhain with a church holiday. This was celebrated with bonfires, parades, and costumes as well. All Saints Day was also called “All-hallows” or “All-hallowmas.” The night before, October 31st, was called “All-Hallows Eve” before eventually becoming Halloween.

As Halloween came to America, it transformed into the celebration of today. It started as a tradition limited to the Middle and Southern parts of the country as Protestants in the North resisted the holiday. Eventually it became a more community-centered, secular holiday and less about the “All Saints Day” celebration.

Some religious groups still do not celebrate the holiday. This includes Jehovah’s Witnesses, some Orthodox Jews, Muslims, some Evangelical Christians, some Hindus, and some Mormons . Some people in these groups do participate in the traditions, but others do not. For example, Jehovah’s Witnesses do not celebrate any holidays or birthdays and some Christians associate Halloween with Satanism or Paganism.

It never occurred to me before that some of my classmates did not run around their neighborhood trying to collect as much candy as possible or did not find the perfect costume because of religious reasons. I also never realized that Halloween had a religious component until one of my high school history teachers briefly mentioned it.

Over the years it has become more and more obvious how different holidays are celebrated across different religions. It is important to understand the origins of those holidays and support those around us as they celebrate, or do not celebrate.