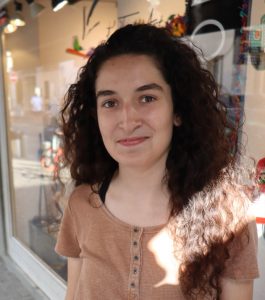 On this week of Halloween, it is worth reflecting on the history of the holiday and what it means for religious tradition. Today, Halloween in the United States is a joyful celebration with candy, bonfires, costumes, haunted houses, and scary stories. It can be seen as a way for the young to conquer their fear of the dark, or for all of us to celebrate the good in the macabre. However, the holiday has not always been so; it tells a history of the harvest, religious conquest, wartime grief, and economic decline. Understanding the history of Halloween gives us a glimpse into the long and complex history of religious practice and its relationship with other cultural, political, and economic institutions.

Halloween is believed to have begun with the Celtic festival of Samhain held on October 31st to mark the end of the summer and harvest seasons and the beginning of the winter months during which human mortality was high. They celebrated with costumes, large bonfires, and divination rituals. After the Roman conquest (roughly 43 C.E.), two Roman holidays were integrated into Samhain tradition: Feralia, which commemorated the passing of the dead, and another honoring the goddess of the apple Pomona.

By the 6th century Rome was Christian, and the church was working to replace Celtic religious traditions with their own. The Catholic “All Martyrs Day” was moved from May 13th to November 1st and became “All Saints Day” (or “All Hallows Day”), done to capitalize on the festival to raise the number of holiday observers, and also to reduce the spread of Roman Fever which was common during the summer months when pilgrims traveled to Rome for the festival. Later in the 9th century November 2nd became “All Souls’ Day” to church-sanction the pagan celebration of the dead. In the 12th century a practice called “souling” was customary, during which groups of poor people would travel door to door on the eve of All Hallows Day, offering prayer for souls lost in purgatory in exchange for small cakes. While souling, people wore costumes and carried lanterns made from hollowed-out turnips called jack-o’-lanterns to protect themselves from malignant spirits.

In Colonial America, Catholics in Maryland reportedly had the day in their calendar, though the holiday was not popular until 19th century Irish and Scottish immigration. After the Civil War, ghost stories of family members coming back from the dead gained popularity as the country grieved for hundreds of thousands of dead.

In the late 1800s wild Halloween parties and pranks took root in the U.S., largely lacking superstitious and religious overtones. But by the Great Depression the pranks had become widespread vandalism, as poor youths took out their frustration on cars, buildings, and shops. The situation reached a climax with the 1933 “Black Halloween”, during which young men sawed down telephone poles, slashed car tires and overturned cars, opened fire hydrants to flood streets, and started fires. Some cities considered banning the holiday, and others decided to control the holiday with haunted houses and rebranding it as a child’s night, which it largely remains today.

The point of all of this is to demonstrate the complexity of our traditions; religious, political, economic, and otherwise. The institutions we live under today are the product of cumulative change over the long centuries of human history. Understanding the purpose and meaning of our contemporary culture and religions requires a deep understanding of how we got here. Some elements of culture may speak to the profound aspects of human life, godly or otherwise, while others may have come from situations long forgotten but nevertheless remain in our traditions. Origins are essential to keep in mind as we, in the 21st century, work on maintaining the good in our religions and fixing the bad. And who knows how the culture we are building today will affect future generations? A child on October 31st, 2437 might suffer through a down jacket over a Halloween costume in their much warmer world.