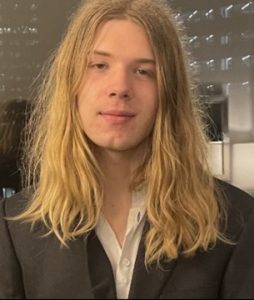 I was sixteen. It was a dull damp winter. The weather felt empty and restless. I was in the middle of my existential crisis. At the time, I was convinced that life was meaningless. A construction worker approached me on the street for a cigarette.

It started with the loss of my first love. It was the kind of affair that consumes everything, and when it’s gone, you feel like you have nothing. When she was gone, I felt like I had nothing. I grieved in the healthy kind of ways – and the not so healthy ones. And as life moved on, so did I.

Still, even after the color of her eyes had faded from me and her voice evaporated from my mind, I was left with ennui. I was left with questions. What is the nature of struggle? What is our purpose? What is our meaning? I wanted answers. I wanted to understand the world. Yet, all I had was a looming sense of meaninglessness, a dreadful dissatisfaction. Where is one to go when they need answers to the eternal questions, “why me, why now”? (Why anything, anywhere?)

I started by delving into religion. What religion? (I hear you all shout from behind your computer screens.) I didn’t know. My mother was Mormon, my father Catholic, but they purposely raised me independently of their religious beliefs. They wanted me to have space to think for myself and to find my own beliefs. Sure, I occasionally attended Mormon services; I was baptized in my father’s church. But, what of it? It was not until this point in my development that I looked at religion with anything more than a vague academic interest. I was no longer quizzical towards faith; I was desperate for it.

I started dating someone new, a Lutheran, who was very religious. When she asked what my faith was, I intuitively told her I was Mormon. It was my usual response to that sort of question, but this time, I started to think about my answer. I didn’t “feel” Mormon, I didn’t “act” Mormon, but like many forms of social identity in the States, our affiliations assume our identities, and suddenly we had a friend on the Edmund Fitzgerald, or we are all reiterating the same aunt’s story about seeing the Queen of England in a matchbox sized café in Manhattan. Suddenly, my words seemed to become plastic mockeries of something pure. More than ever, I wanted to know who I really was. I wanted to know what beliefs were truly mine.

I talked to everyone: my parents, my friends, my great aunts, philosophic pariahs, and annoyed baristas. Just about everyone told me the same thing; “that’s something you will have to answer yourself,” or more frustratingly, “there are some things you will never know.” Others who I spoke with, who were usually less close to me, told me they had answers. Though I never felt satisfied, each conversation I had seemed to bring me one step closer to an answer, or at least closer to an understanding of the kinds of answers I was looking for. Often, people would tell me stories of their faith, of philosophies, and of their journeys toward meaning. Often, I didn’t agree with them. Yet, having conversations with them brought me solace. It helped me to reflect on myself.

And in each conversation, I felt as though I were taking one step forward to answers, even if it were only a step on “a one-thousand-mile journey.” They often thanked me for inquiring because it helped them reflect on themselves.

I learned that while some of us believe in chaos, others believe in a divine order, and some believe in both. Yet, we all seek to better understand ourselves and our role in the world. Regardless of whether we share the same beliefs, it is still possible to learn from each other and take something of value from our conversations.

One of my most memorable conversations was one which I didn’t initiate.

A construction worker approached me on the street for a cigarette. He asked me about school, and we got on the subject of philosophy. I told him I didn’t really see a purpose in the world. He asked me if I believed in Jesus. I said no, and he nodded. Then he told me, “There are miracles in the world. There are miracles all around us. And believing in Jesus reminds me of them.” He told me that he sees Jesus as the greatest miracle because Jesus helps him reflect on all the miracles around him. I thanked him, and we parted. As I drove home, the sky brightened the most it had all winter. I kept thinking about what he said. And through our conversation, I started to notice all the little miracles around me.