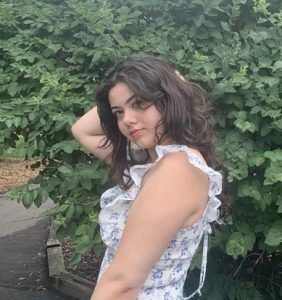 Long ago, gods had homes. They had favorite foods and origin stories that were unique to their locality, and did not exist beyond their birthplaces. The onset of migration, imperialism, and other events shifted this reality. Today, the ever-aggressive forces behind globalization have somewhat immortalized religions, but blurred the lines between religion and culture.

Diasporic communities might be the best case-studies of this phenomenon, where religion manifests as a sort of cultural refuge for different ethnic groups. More often than not, diasporic religious institutions serve more as cultural centers that fill the void of community and provide a form of familiarity in a foreign land.

It seems that religion serves a secondary role in such contexts. This role, however, has a potent byproduct: an increase in religiosity. Oftentimes, people who are part of these communities are more religious than their ethnic counterparts back home. Apart from a potential rise in extremist thought, this can lead to isolationism and a lack of integration into the host country’s culture. In some cases this tendency towards isolation is a direct (and natural) reaction to discrimination, and only part of a vicious cycle.

That said, alongside the uber-religious are another unique group: the irreligious. Recent studies have shown that people who don’t identify with a religion are the fastest growing ‘religious’ demographic. A 2018 Pew survey in particular has illuminated this development within the Muslim community in the United States, where it was found that about ¼ of people who were raised Muslim no longer identify with the faith. But in a very diverse society like the U.S, does calling oneself an atheist or agnostic mean much? Surely an atheist from a Muslim background is significantly different from one who grew up Hindu.

Merely identifying as an atheist or agnostic does not truly convey the forces which led one to that conclusion; your worldview, whether metaphysical or not, does not develop in a vacuum. Ironically enough, religion is not this abstract thing that one can take on and off like a hat. For better or for worse, leaving a religious belief system is not as simple as it may appear.

And thus, a new need arises: the ability to identify as a member of a religious tradition (even if tangentially) despite not adhering to its religious tenets. This is something that has already been implemented in the context of Jewishness, but must be expanded to other faiths. In the context of Islam, ‘culturally Muslim’ is a term that can better describe many of the almost two billion Muslims around the world. It is a term that should be normalized both within the Muslim community and outside it, in the way that ‘culturally Jewish’ is accepted. In the same vein, if Judaism can be considered an ethno-religion, the same can be said about other faiths. One example is Middle Eastern Muslims who have slightly different ancestry than their Christian counterparts due to their respective endogamous faith traditions.

If we dissect religion in an objective way, such a proposition is not at all as contradictory as it may sound. From the pagan Roman origins of Christmas to the pagan pre-Islamic origins of Hajj, the uprooting of different belief systems has reduced major religions to safekeepers of ancient cultural practices. It could be that -as a result of their ancient nature- the purposes of such traditions have been forgotten and people resorted to ascribing them to the metaphysical. I would go so far as to say religion as a whole is merely sanctified culture. If that is the case, does not believing in a spiritual aspect of a culture remove you from it? In a way, such a conclusion both elevates the significance of religion in our identities, and diminishes its abstractness.

Despite the overwhelming push for a dilution of identities, the human need for a sense of belonging is ever-present; if gods no longer need homes, that doesn’t mean humans don’t. The ‘redefining’ of such an integral aspect of the human experience is not only needed, but long overdue. In the end, religion might be forced to undergo such a rebirth, or risk being buried in exile.