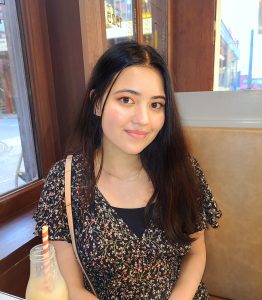 At a time in my academic career where doubts and uncertainty about the future threaten to eat me alive, the concept of tawakkul keeps me going and brings me a sense of peace like no other concept does. Tawakkul is an important concept in Islam that can be loosely defined as having full trust in Allah (God), and placing one’s complete reliance in God. Growing up in a family of practicing Muslims, I was often taught to recite the following verse from the Quran, “Allah is sufficient for us, and he is the best of Guardians” (3:173). Although I didn’t really understand what this meant as a child, I now grow more appreciation and understanding for the verse every day.

Tawakkul is an interesting concept in Islam because at surface level, it may seem to contradict one other core aspect of Islam that stresses the importance of self-determination, or the fact that one is in control of their own destiny. As such, I used to have a sort of warped perception of life. On one hand, I would attribute my failures to God’s will, thinking they were predetermined as per my fate, but at the same time I would attribute my successes to tawakkul, and the fact that I had firm belief in God. It was not until this distorted belief was truly tested in the beginning of my college life that I finally began to learn more about my religion.

When I first started college at the height of the pandemic in 2020, I didn’t realize how difficult it would be to adjust to the rigor of college in a fully remote environment. I prayed and prayed to succeed in my exams, and thought that praying would be enough to help me succeed, even though I didn’t put much effort into studying because it seemed too overwhelming. On the day of one of my biggest exams of the year, I felt an uneasy sense of confidence because while I knew that I hadn’t studied for it, I also knew that I had faith in God. But, to no surprise, I received a poor grade on the exam. I thought to myself, why didn’t God help me? What’s the point of having tawakkul?

This hadith illustrated the concept of tawakkul in a whole new light for me. In today’s world, a person who misunderstands tawakkul may leave their camel untied by leaving their car with its windows down and valuables on full display just because they have belief in God to protect their belongings. In my case, it was not studying for my exam and still expecting a good result. However, this is simply false hope and not tawakkul. Rather, having tawakkul means putting in your full effort while also placing your trust in God.

As such, the true meaning of tawakkul is that we should do everything we can to achieve a certain goal, and then leave the rest to God. Even though we can’t always be certain about the outcome, tawakkul means we can still find solace in the fact that we did all we could in shaping our life and preparing for the future, and left the rest to the decree of God. In this sense, understanding tawakkul has not only helped me form a better perspective of life, but has also helped me understand the importance of learning about my religion in a comprehensive manner because applying it correctly has truly helped me navigate and get through life.

Now that I am at a point in my life where it seems like I have to make several major decisions about my future, having tawakkul and understanding what it means has lessened the pressures of life and helped prevent the spiral of overthinking that often accompanies them. And with that, day after day, I try to tie my camels and place my trust in God so I can achieve my goals and develop a growth mindset with a correct understanding of Islam in mind.