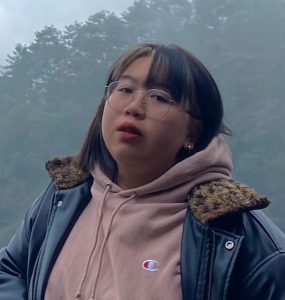 Looking back at its history, China is a country that was once filled with various religions since its beginning, and there has been a complex and ever-changing relationship between the Chinese state and these religions stretching back thousands of years. For example, Shamanic religions were among the earliest recorded religious traditions in China, dating back at least to the Shang Dynasty. The Spring and Autumn States period, while fraught with chaos and war, also saw a blossoming of intellectual activity known as the Hundred Schools of Thought, which included Daoism and Confucianism. Later, Buddhism was introduced from the Indian subcontinent via the Silk Road during the Han Dynasty, and other foreign religions eventually made their way into China, such as Islam and Christianity.

In more recent history, the Cultural Revolution in 1966 is undoubtedly one of the most influential movements that destroyed religious and traditional life in China. Both the State Administration for Religious Affairs and the United Front Work Department (an intelligence agency) were condemned, patriotic associations were disbanded, religious leaders and practitioners were persecuted, and all forms of religious expression were forbidden. As part of the Destroy Four Olds Campaign, innumerable historical and religious artifacts, buildings, and texts were demolished and desecrated by the Red Guards, including the looting and vandalizing of the cemetery of Confucius.

This sorrowful history inevitably led to a religious revival, which has continuously shaped the public view of religion and greatly impacted the current state of religion in China. Article 36 of the Chinese constitution states that citizens “enjoy the freedom of religious belief,” and it bans discrimination based on religion and forbids state organs, public organizations, or individuals from compelling citizens to believe in—or not believe in—any particular faith. However, at the same time, religious practices are limited to “normal religious activities,” though “normal” is left undefined and can be broadly interpreted. The state recognizes five religions: Buddhism, Catholicism, Daoism, Islam, and Protestantism, and the practice of any other faith is formally prohibited, although often tolerated, especially in the case of traditional Chinese beliefs. Religious organizations must register with one of five state-sanctioned patriotic religious associations, which are supervised by the State Administration for Religious Affairs (SARA). Also, the regulation on religious affairs passed in 2018 asserts that the rights of state-registered religious organizations come under heightened government controls.

Traditional Chinese beliefs, as an unrecognized religion in China, is the religious affiliation of over 30 percent of the population and is often referred to as Chinese folk religion or Chinese popular religion. Vivienne Wee described it as “an empty bowl, which can variously be filled with the contents of institutionalized religions such as Buddhism, Daoism, Confucianism, the Chinese syncretic religions” (“‘Buddhism’ in Singapore”, 1976).

Chinese folk religion involves the worship of a variety of local gods and immortals, which could be roughly categorized into three groups. First, there are those associated with natural phenomena, with the example of Mazu as the sea goddess. Second, there are historical personages like Guan Yo, who was a Chinese military general serving under the warlord Liu Bei during the late Eastern Han dynasty of China. Third, Chinese people also worship the early ancestors of our devotees by having ancestral shrines. China has also accumulated a huge variety of mythological stories over the years. Many of these myths are fantastical stories that help to explain the creation of the universe, the origin of the human race, or the roots of important skills like medicine-making (the story of Pangu and Nvwa). In addition to the mythical figures mentioned above, Chinese mythology is full of stories about animals, both real and imaginary. As one of the most important creatures in Chinese mythology, Chinese dragons play a decisive role in these stories. Many traditional Chinese holidays, such as the Qingming and Mid Autumn, also have Chinese mythological stories associated with them.

Chinese folk religion is different from typical Western religions that, in general, tend to require exclusive adherence. Eastern religions often are not exclusionary but incorporate different belief systems. Furthermore, the syncretic nature of the Chinese folk religion allows easy incorporation of certain local beliefs and practices. As a result, both from China’s history and the nature of Chinese folk religion, it is more like tradition or culture rather than religion. However, growing up in China, I could clearly feel that as people are becoming less devout, we are gradually losing even these cultural traditions.